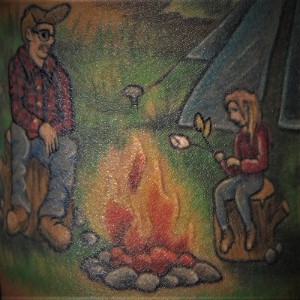 Aluminum Stoves Models 442, 442A, and 443During the ‘Aluminum Age’ of the early 1960’s, the Coleman factory in Wichita, Kansas manufactured aluminum stove cases for 2-burner and 3-burner stoves. The 2-burner stoves came in two models, the 442 and the 442A. The 443 was the 3-burner model. The model number is located on the top of the burner manifold support bar. It can be found to the right of the main burner on the 2-burner version and in between the main burner and the right auxiliary burner on the 3-burner version. Here's the model information on my undated 442. 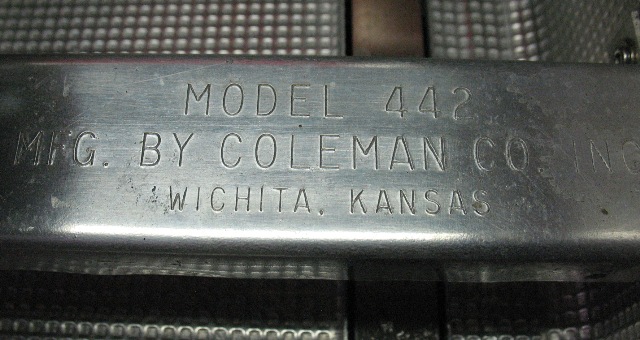 All 3 models are in the 1962 through 1964 Coleman products catalog and since all stoves were undated until late 1963, there’s really no way of knowing exactly when they came on the scene. There's a good chance that the 442 production started in late 1961, but the early ones are undated, so we won't know unless someone has production records most of us don't have access to. One hint is that the earliest 442's share the grate with the latest 413E's made in 1961. Another clue is that John's (StanDahl) undated 443 has a Coleman logo without the ®, which, at least in lanterns, is a 1961 to possibly early 1962 feature. Yet another comes from the "Coleman Timeline" which has them being introduced in 10/61. They were advertised as corrosion resistant and light weight. The 442 and 442A are pretty much a 413F except for the case and hinge. The three-burner 443 is pretty much a 426C except for the case and hinge. Some 442's have a wire welded to the grate to hold the fuel cap of the fuel tank while stored - a hold-over from the last of the 413E's. All 3 models have retractable legs and the same lid hinge design. Here’s a picture of the hinge. 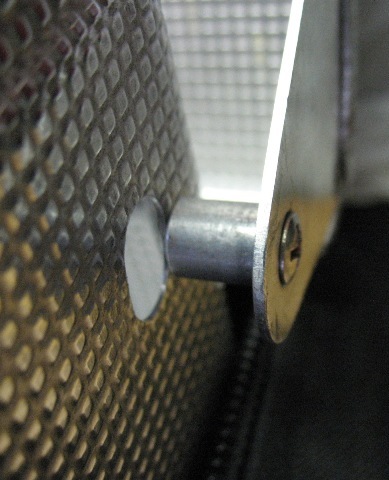 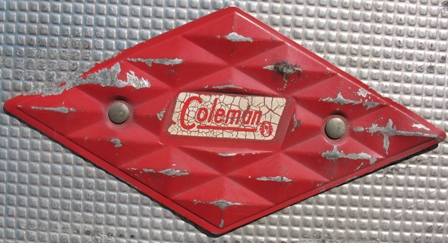 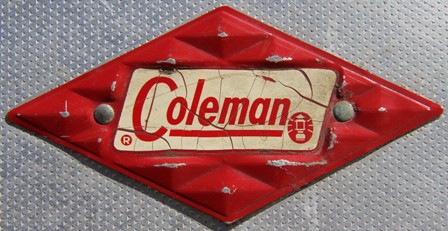 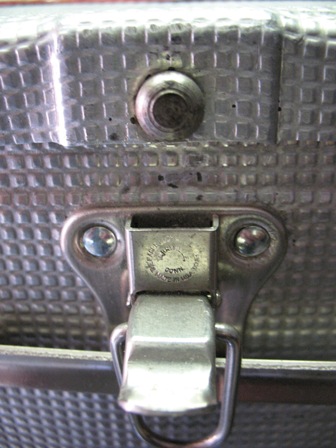 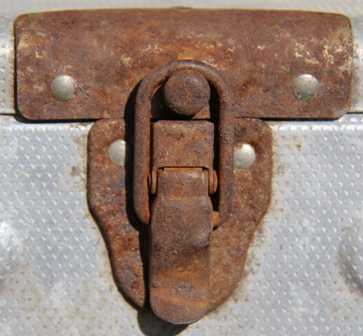 Model 442The top picture is a 442 stove box and the bottom picture of an undated 442 model. Model verified by John. Note the wire welded to the grate and the tank in the stored position. This 442 has the older decal (which appears to be more like paint), and the fuel cap clamp. This style might be the earliest because of the '61 type grate. 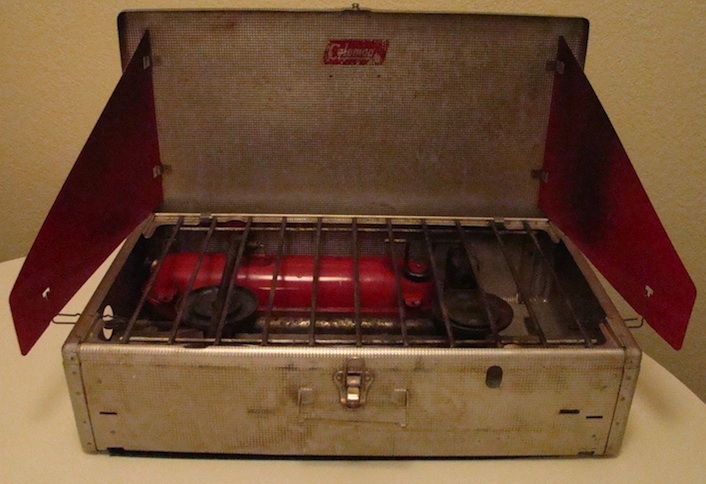 The second 442 picture is a mix, with the old decal, but the later plain grate. The model number was not verified on this one. 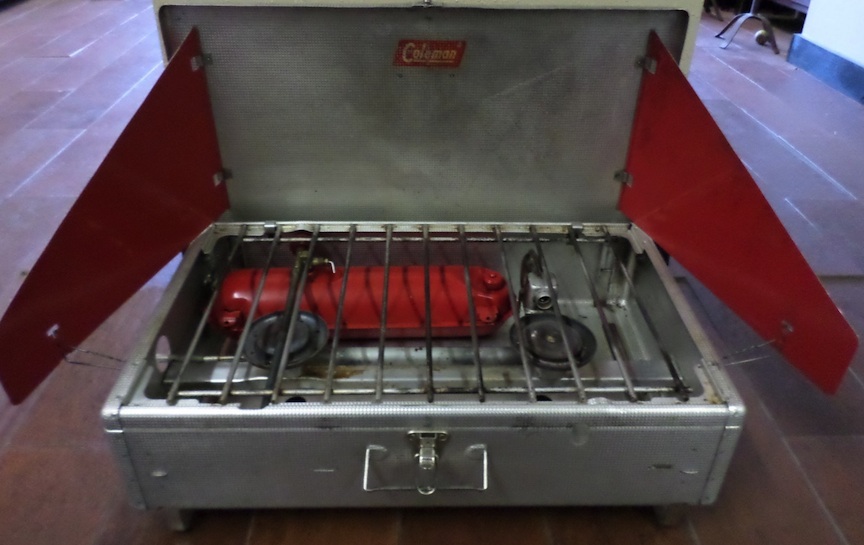 The aluminum cases on the 442/443 models have a dimpled or diamond plate-like finish. Here’s a close up picture of a 442. 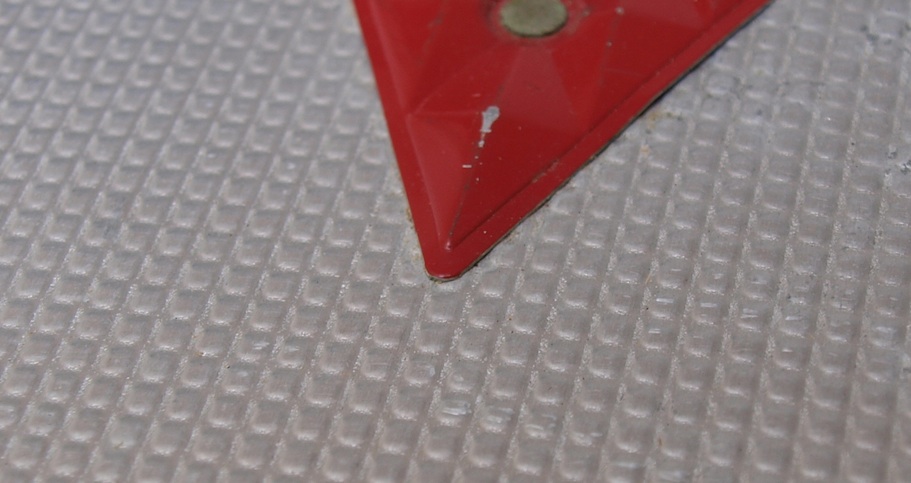 Model 442 to 442ATrue to the "nothing goes to waste" ethics practiced by the folks at Coleman, the move from the 442 to the 442A produced a stove with transitional features. This undated stove is in Chris' (cg3006) collection. It has the 442 case and emblem on the outside of the lid, but has the 442A latch catch on the lid, and the badge-like decal on the inside of the lid. It is also stamped 442 on the burner mount and has the original 442 paperwork with it. 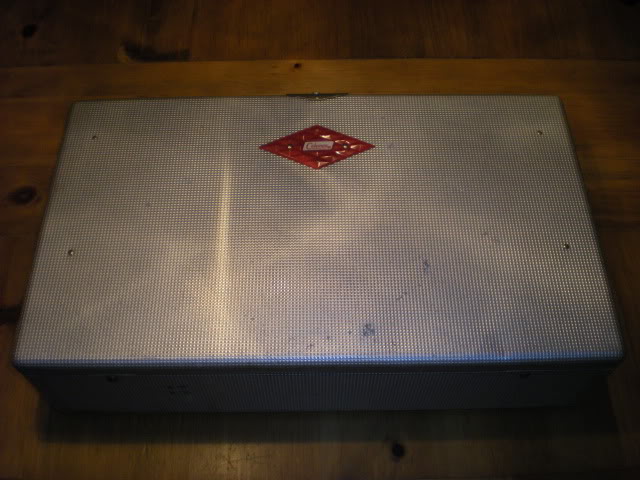 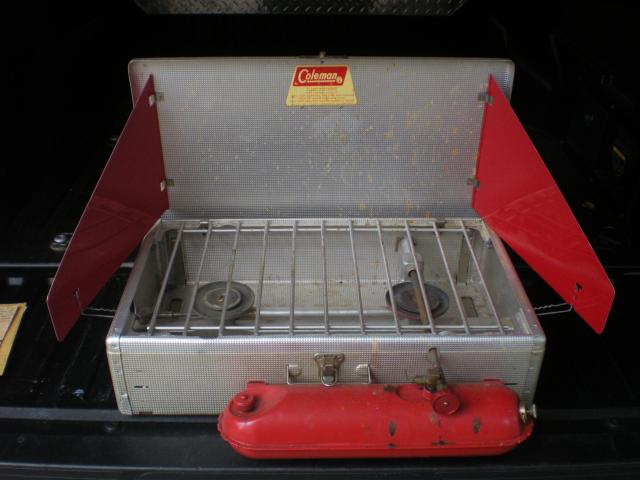 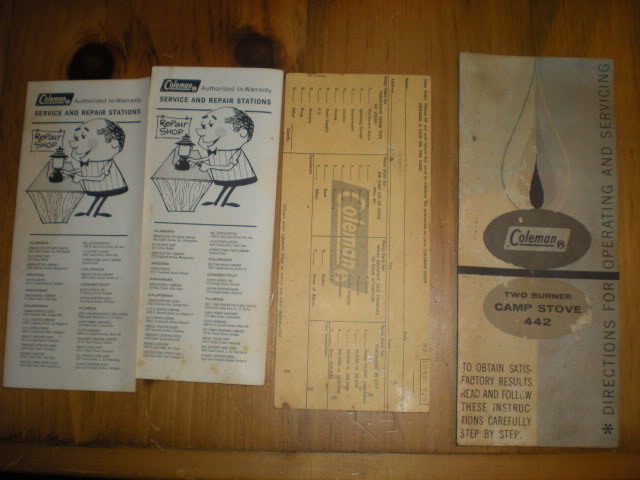 Here's a close up of the latch and catch. Note the dimpled/diamond plate-like finish of a 442 and the added hardware on the lid. 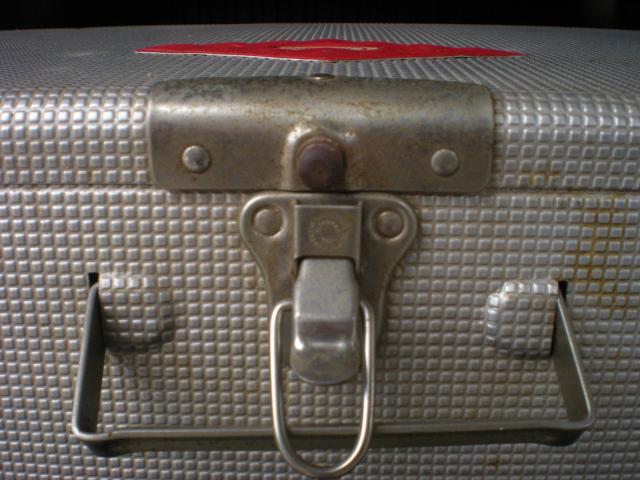 
The top picture is of a 442A box and the bottom picture is a model 442A dated 3/64. The stove is in John's collection and has the newer badge-like logo with lighting instructions, generator part number, and a plain grate. 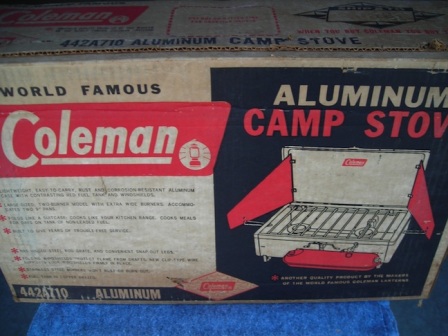 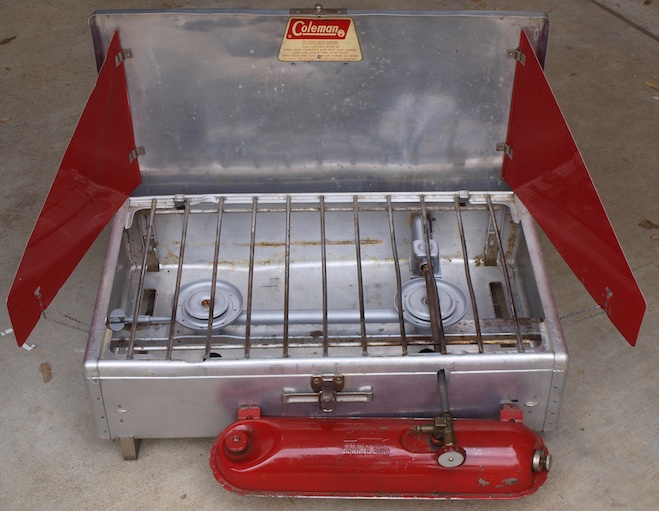 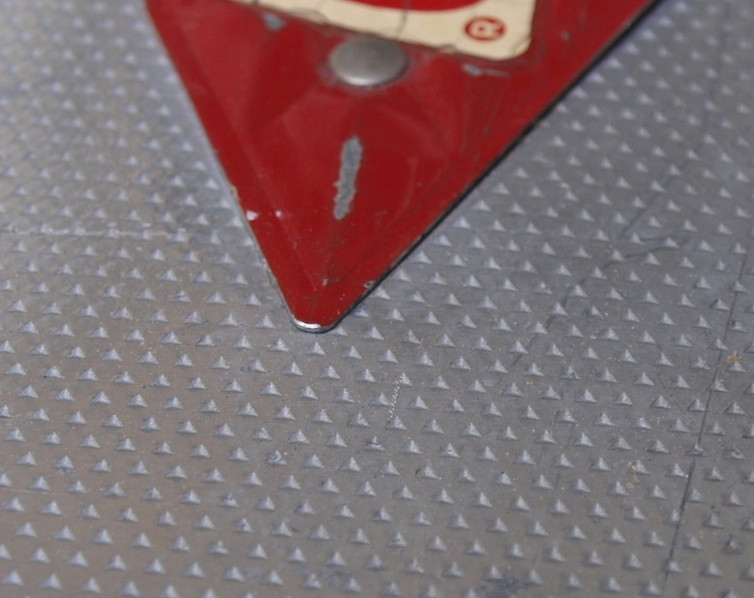 Model 443Here’s a picture of my undated 443. The inside logo has been worn off but was originally there. The tank, lid diamond, and windscreens have been repainted. 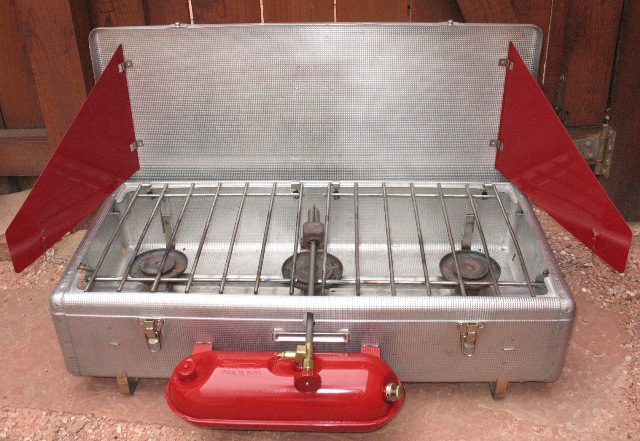 If anyone has any information that conflicts or can be added to this, pm me. If anyone has a 443 with the later style less textured aluminum, please let me know.Thanks to John for all the information he provided for this post and to Chris for the pictures of his transitional stove.
Mark
*Stargazer*
Top

My stove is marked 442A,no date to be found.I have found topic very informative,thanks guys.

Tommy P.M. ICCC #1250 With confidence in our armed forces, with the unbounding determination of our people, we will gain the inevitable triumph -- so help us God.
FDR Dec.8th 1941
Top

Just to add to this post. Coleman made a 413E aluminium 2 burner stove, probably as a prototype. It has more leg adjustment slots which they probably determined made the stove too weak at that point. As far as I know there has only been one of these discovered.