OK went to the store and bought a CO detector. Spouse then said "Oh there is one in the cupboards" good place for it. So now I have two. One digital one not. FIred up a Perfection heater in the kitchen today when I got home, 6pmish. It is now 9:54 and the digital meter shows "0" ppm. Our house is fairly open and we have come and gone from the house several times. House was 54 deg f when I got home and is now 62f. Zero wind outside and about 25 deg f.
Going to put meter and heater in more enclosed room tomorrow just to see. Thanks to all for the inspiration. Wonderful thread.
Keith
Top

I did the same test again yesterday, this time with no lanterns in the room, but my one
Perfection, a model 750 kerosene heater.
I reset the CO display, which wipes its memory of the highest CO level recorded, and
returns it to zero.
The room was the same one used in the first test. It has no vents or windows of any
kind. The door is the only opening for the room. For the test, I again put a wet bath
towel across the bottom of the closed door.

I always run this heater on high. It seems to run best that way. The time period was
one hour timed on a wind up timer. The heater did produce a bit more CO than the
four lanterns, but still 70% below the reading required to cause the alarm to go off.

Here's the shot of the highest recorded number in PPM:

The room was very warm, even hot at the end of the test period. It was also
pretty smelly, and the heater was not burning well when I first walked in. After the
door was open for about 10 seconds the heater flame got noticeably brighter. I
believe it had used up quite a bit of the oxygen in the air in that small room. Not
enough to cause a high spike in CO, but still more than the four CF lanterns in the
first test. Just the few seconds of the door being open seemed to exchange fresh
air very quickly, making the heater start burning very bright and hot again.

I won't have any problem running this heater in my home, as I've been doing for quite
some time. If the whole house had been as smelly as that room, no one would have
tolerated it. I've never had it make any smell before. My supposition is it used up
enough oxygen in that small room that combustion was incomplete and that had
been going on for some time. I thought there was something wrong with the heater
at first, but it started running better so quickly after opening the door that it
brought me to the supposed oxygen use as the main cause of the poor running, as
well as the higher CO reading than with the four CF lanterns blazing away. 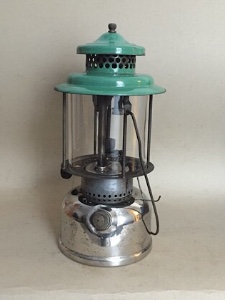 Just goes to prove that these appliances were meant to

be used outdoors only or (lamps) only with very good ventilation

all these tests are a great idea

I'm suprized at how little CO the Perfections and CF items produce. Even in Dean's enclosed, small room. When running my Perfection's, I have been opening a window a ways to ventilate, even in sub-zero weather. I may rethink that a bit, and perhaps not worry quite so much about it. AND I now have a couple of CO detectors. Life is good, I plan on keeping it that way.
Keith
Keith
Top 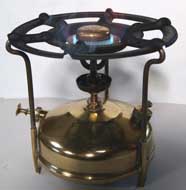 Great test Dean. It proves a couple of points. The smell you detect in the air hasn't much to do with CO which is odorless, instead it is the smell of hot benzines from incomplete combustion. (take old clothes with some used oil or gasoline (even dried) on them and hang them in front of a heater and smell the hot benzines)

The incomplete combustion can be the result of many things but in your case it's fairly obvious that it is the result of low O2 in the air. I was amused at the write up about the moon of Jupiter that they are studying, which has huge lakes of liquid methane (LPGs in other words). Some wag thought it would be great if we could bring it to Earth and use it to alleviate using expensive oil. The scientist writing the article pointed out however, that even if we could get it all here (doubtful) that there wouldn't be enough O2 in the Earth's atmosphere to burn it all.

Once you do use up most of the O2 in a room, there are a couple of obvious problems that occur. One is the amount of uncombined CO increases dramatically, the other is that you need O2 to survive.

I always take the road less traveled, now where the h3ll am I?
Vancouver Island Branch ccf #0
Top
Locked
55 posts