Uncle Sidney ~~ Prison Philosopher Says:
"I know I don’t have to be sarcastic, but the world has given me so much material to work with. I would hate to be wasteful!"

I got to toss some horseshoes on my just completed Oregon camping trip, Quosatana CG above Gold Beach along the Rogue had a couple pits and a Cornhole set also. Since I stayed a couple days and could only walk around so much, I'd head for the pits and heave the shoes for a bit. Can see I'm not too strong as it took some oomph to get them to the stake, guessing I had to stand behind the stake at the end I was tossing from. I think I got beat by myself a few times or tied.

It sure didn't help my back, at least the first few times tossing the shoe, arm wasn't liking it either.
Glad they had a few games, went to the river bank many times to watch the boats on the river.
Duane
Duane-All seasons, year round backpacker and camper.  So many stoves and lanterns, who's counting.
Top 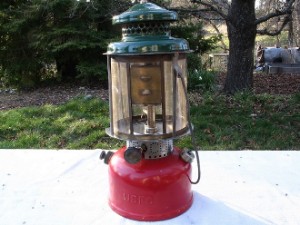 I am not sure of your age, but men 70 or over get to pitch from 30' instead of 40'. I pitched in a league for a few years and all the 70 or over guys got a "head start." I have been pitching shoes since I was a kid and have pits at my house. My late father was the County champion many times over the years, so I had a good teacher. It took me until I was about 15 until I finally got decent enough to challenge him, and eventually beat him once in a while.

The league I pitched in had clay pits, which is why I joined. No sliding shoes in like in sand or dirt. I think my highest ringer average for a season was around 34%, which is good at a picnic, but not good compared to the best. Alan Francis, the 26 time world champion, has averaged over 90% ringers in the world championships several times. He once threw 57 ringers in a row in a match against Walter Ray Williams Jr, a former world champion, and one of the best bowlers in the world at one time. He figured out there was little money in pitching shoes, so he took his skills to the bowling alley and had a very nice career.

It is more exercise than people think, so good for you.

Here I though this was another euphemism for sea-sickness. "Man, it so was so rough going over the bar I heaved horseshoes for an hour!"

Hope your foot gets better soon, bud. I'd hate to see you have to change your handle here!
It's priceless until someone puts a price on it.
Walk a mile in a man's shoes before you criticize him--then you're a mile away, and he has no shoes.
Texan's last words: "Y'all--hold my beer--I wanta' try sumptin'."
Timm--Middle of nowhere, near the end of the road, Oregon.
Top

Almost 70, 69 soon. Not happy with what I can't do anymore or as good or as long. Thought I was on to something when I switched how I held the shoe, but that only lasted a few tosses. Guess picking blackberries is about all I can handle. Years worth of firewood rounds stacked up might make me out a liar. Not sure I want to make long drives to go camping or the drive home, feeling better today.
Duane
Duane-All seasons, year round backpacker and camper.  So many stoves and lanterns, who's counting.
Top

I love playing horseshoes and Cornhole!
Those horseshoes that are forged are the best

It’s definitely a workout. It’s good to hear you’re still out and about.
-Fred

Hi Fred. Hope you and the wife are doing ok.
Duane
Duane-All seasons, year round backpacker and camper.  So many stoves and lanterns, who's counting.
Top

Doing better my friend. Good enough to play some cornhole the other day with a couple of my brothers

You do not have the required permissions to view the files attached to this post.
-Fred